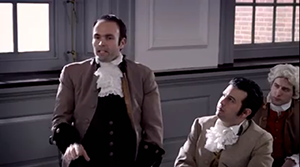 FIRST FREEDOM: The Fight for Religious Liberty is the human story of how the Founding Fathers viewed faith, and how they radically broke with the Western tradition of religion-by-law to create a nation in which belief in God is a matter of choice. The film is about the people who imagined a new way of approaching human and civil rights and ultimately transformed a nation and the world. Often misunderstood, sometimes purposely distorted, the religious feelings of America’s founders are approached on the basis of fact. From the most non-conformist to the most devout, the founders might sometimes shock or surprise modern sensibilities regarding religious belief.

On the eve of the revolution, colonial America included virtually every Christian denomination, with no single religious sect holding a majority. Congregationalists were the largest single denomination; they comprised only twenty two percent of all religiously affiliated colonists. Next were the Presbyterians, next was the Church of England. Judaism, Native American religions and the beliefs of a growing slave population also were represented. No European society looked like this. Up close, in any given town, the differences among sects were distinct, yet viewed from a distance the population of the colonies was homogeneous.

The new United States trusted its future not to the fear of force, but to the morality of its people. Making no attempt to lead citizens in matters of conscience, much less coerce, the nation broke with centuries of precedent. It risked its very existence on the radical idea that a common morality could crystallize despite, and possibly because of, a lack of consensus on religious doctrine.  In their First Amendment to the Constitution, the founders guaranteed freedom of religion for each and every citizen in the new United States. As a matter of practical governance, that single action might have brought about the destruction of all that they had achieved and all that they had planned for the new country. After all, no nation throughout the Western tradition, dating back thousands of years, had ever been created without a state-sanctioned religion, one that might well be controlled by the government in order to control the populace. 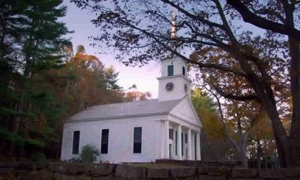 The establishment of freedom of religion was not merely a matter of political bravery, however. FIRST FREEDOM: The Fight for Religious Liberty reveals the personal courage that made the First Amendment possible.  From both ends of the religious and political spectrum – and also from those who refused even to betray their personal beliefs – the founders found their way to an agreement. It was an agreement that reflected the extraordinary nature of the founders at their finest. Those with the most influence over the religious future of the nation set aside their own personal beliefs, placing a greater value on the strength of freedom and the plurality it invited.  The delicacy with which the founders managed their power in this crucial aspect of the birth of America was itself a revolution in human governance.

The right of freedom of religion in the United States instigated a fundamental shift in human history.  No other aspect of the American Revolution was as intrepid in its own time, or ultimately, as influential worldwide. FIRST FREEDOM: The Fight for Religious Liberty  profiles the generation of colonial Americans who raised the ideal of religious freedom to the level of a fundamental human right. And it honors those founders who could not rest until it was carved into law.

Get your copy of the First Freedom Book

Get your copy of the companion book that goes with First Freedom at shop.pbs.org

Learn more about what Influenced the Founders